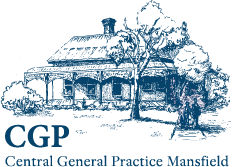 Mansfield Shire was first proclaimed on 31 December 1866. It was amalgamated with the City and Shire of Benalla on 18 November 1994 to form the Delatite Shire. After the de-amalgamation of the Delatite Shire on 28 October 2002, Mansfield once again became its own Shire.

A Practice rich in history that has grown with the community.